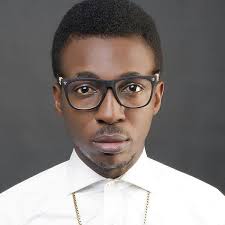 Frank Ugochukwu Edwards popularly known as Frank Edwards and nicknamed Frank rich boy was born on July 22, 1990. He is from Enugu State in the Eastern part of Nigeria. Frank Edwards is a talented Gospel Musician, Songwriter and recording artist. He is from a family of seven.

Mr. Edwards is a producer, plays several musical instrument and is a keyboardist and a member of the Presidential band of Pastor Chris Oyakhilome in Christ Embassy Church. His debut album The Definition was released in 2008. It was a 14-track album and was distributed by Honesty Music.[2] Angels on the Runway his second album was released in 2010 and another, Unlimited, in 2011. Tagjam, was released in November 2011. He is currently known as Nigeria's Hottest Gospel rock artiste Now in Nigeria. In 2013 he appeared in the live performance of Sinach's "I know who I am" video. He is known for his high pitched voice. Besides being an artiste with many songs in all musical genre, He is also a genius producer, master mixer. As a result, Rocktown Records, which he owns, has a generation of upcoming talents including Gil Joe, King BAS, Divine, Nkay, Soltune, David and others.[3][4]. In 2016, he collaborated with famous American gospel artiste, Don Moen on an album "Grace"