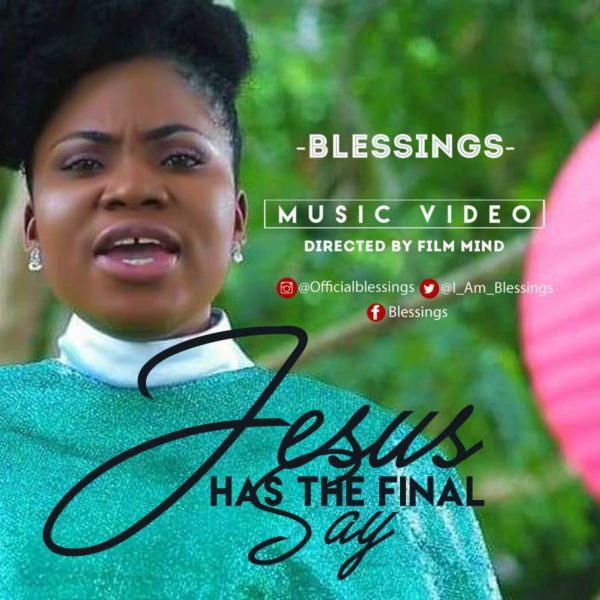 Jesus Has The Final Say" Mp3 By Blessings is one of the finest gospel singles from no other person but Our own Songstress & praise/worship leader. This track is coming off her forthcoming Debut Album titled “Am So Grateful.” set for release anytime soon.

"Jesus Has The Final Say"

Verse 2
HE knows what you’re going through
even when it looks like it’s over,
HE does as He chooses,
He knows the ending from the beginning,
He’ll pull you through.