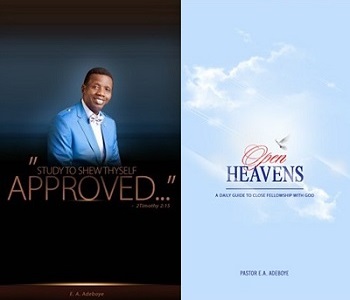 MEMORISE: "In the day of my trouble I will call upon thee: for thou wilt answer me." Psalm 86:7

2 I will cry unto God most high; unto God that performeth all things for me.

3 He shall send from heaven, and save me from the reproach of him that would swallow me up. Selah. God shall send forth his mercy and his truth.

4 My soul is among lions: and I lie even among them that are set on fire, even the sons of men, whose teeth are spears and arrows, and their tongue a sharp sword.

5 Be thou exalted, O God, above the heavens; let thy glory be above all the earth.

6 They have prepared a net for my steps; my soul is bowed down: they have digged a pit before me, into the midst whereof they are fallen themselves. Selah.

ONWARD CHRISTIAN SOLDIER
1. Onward, Christian soldiers, marching as to war,
With the cross of Jesus going on before.
Christ, the royal Master, leads against the foe;
Forward into battle see His banners go!

Refrain:
Onward, Christian soldiers, marching as to war,
With the cross of Jesus going on before.

2. At the name of Jesus Satan’s host doth flee;
On then, Christian soldiers, on to victory!
Hell’s foundations quiver at the shout of praise;
Brothers, lift your voices, loud your anthems raise.

3. Like a mighty army moves the church of God;
Brothers, we are treading where the saints have trod.
We are not divided, All one Body we,
One in faith and Spirit, One in charity.

4. Crowns and thrones may perish, kingdoms rise and wane,
But the Church of Jesus constant will remain.
Gates of hell can never ’gainst that Church prevail;
We have Christ’s own promise, which can never fail.

5. Onward, then, ye people! Join our happy throng,
Blend with ours your voices in the triumph song.
Glory, laud, and honor unto Christ the King,
This through countless ages men and angels sing.

Divine intervention can be described as incursion of the supernatural into human affairs in the physical world. The message of the Bible is built on the existence of an invisible spiritual realm and the principle of divine intervention.

Many people today, including some which claim to be Christians, deny the existence of a spiritual realm and the reality of divine intervention in the functioning of the universe, due to the high level of learning, knowledge and understanding they have attained, especially in modern science.

“For we wrestle not against flesh and blood, but against principalities, against powers, against the rulers of the darkness of this world, against spiritual wickedness in high places.”

Because the devil and his cohorts operate with invisible weapons of welfare, mankind, therefore, requires divine intervention to secure victory over them. This is why 2 Corinthians 10:4 says,

“ (For the weapons of our warfare are not carnal, but mighty through God to the pulling down of strong holds;)”

Today, the Lord shall deliver you from the hands of your wicked foes in Jesus’ Name.

King David was a man who had the first-hand experience of deadly battles and was exposed to several evil attacks of the enemy, but he triumphed over them all. One of the secrets of his success is evident in today’s Bible reading, where he passionately prayed to God for mercy and divine intervention.

Rather than rush into a battle in his own strength as an accomplished warrior, he chose to take refuge under the shadow of God’s wings until the disaster is passed. What a wise man he was! David’s recognition and understanding of the activities of the wicked world is discernible in the Psalms that he wrote.

A more dramatic example that shows his mindset on divine intervention is his battle with Goliath in 1 Samuel 17. In 1 Samuel 17:47, David sort to remove himself from the scene and declared the fight as a spiritual battle against the Lord. It was David’s appeal for divine intervention that was responsible for his outstanding victory over the powerful Philistine warrior.

I hereby decree that the same God who created heaven and earth, delivered Israel at the Red Sea, turned water into wine, healed the sick, raised the dead, brought water out of the rock, stopped the sun from going down for hours, and who fed the multitude with five loaves of bread and two fishes, will grant you victory over all the challenges of life in Jesus' Name.

Ask the Lord to intervene in every situation that confronts your life and community today.