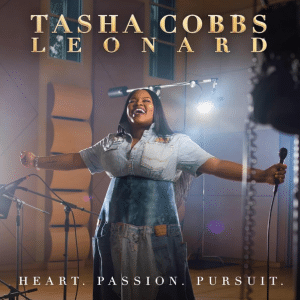 The songs are Available NOW when you Pre-Order my her new album #heartpassionpursuit!!!!

…”Two new Instant Tracks are being released in iTunes!!! A song titled #GracefullyBroken that I had the honor to write with my Bros @mattredmanmusic and @jonasmyrin!!! Annnnndd My absolute favorite song from the album right now is #YourSpirit featuring my sister @kierrasheard… and YUP it’s gonna be available at Midnight on iTunes!!!

Don’t hesitate to pre order this album Today!!! And let me just tell you how my husband @musikdr Produced THIS ALBUM!!! I’m so amazed by your anointing baby!!!” – Tasha Cobbs Leonard

Listen to this wonderful voice below