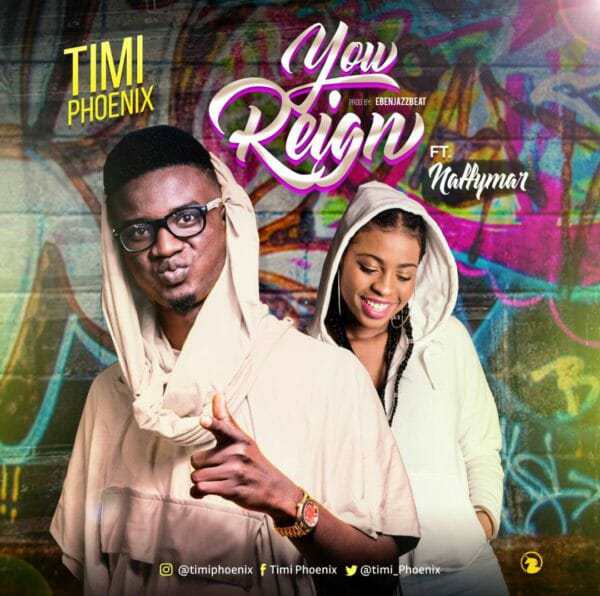 Timi Phoenix drops another single "You Reign" Featuring Naffymar, The track is taken off his just released 20tracker sophomore "TRIUMPH" album and as always he delivers just as expected in this one

"You Reign" Coming from Timi Phoenix Ft. Naffymar is a worship song with a poem that goes thus

“Over 2000 years since Jesus came
No power has yet Overcome the Name above all name!
He was crucified to end his exploit!
but instead the higher and even greater power was everywhere…..
It’s 2000 years + now
The spread of His message is unstoppable
the kingdom of hell has been crushed to nothing
& now the world proclaim Jesus You Reign
He didn’t die for nothing
He did it for me
He did it for us